Indian giant squirrels or Malabar giant squirrels (Ratufa indica) are large multi-coloured tree squirrel species endemic to forests and woodlands in India. They are herbivorous squirrels that are active during the day and reside mainly in trees.

Not only for their size, but what’s spectacular about the Malabar giant squirrels is there vividly coloured fur with two or three tones of colours–namely whitish, creamy-beige, buff, tan, rust, reddish-maroon, brown, a dark seal brown or black. Combined together, they depict a pretty amazing appearance indeed.

The underparts and the front legs are usually cream coloured, the head can be brown or beige, however there is a distinctive white spot between the ears. Otherwise the colours depend on the subspecies of which four have been identified.

The Indian giant squirrel usually dwells in the upper canopy and rarely leaves the trees. It builds its nest in tall and profusely branched trees. It travels from tree to tree and can jump up to 6 m (20 ft).

When in danger, the Ratufa indica often freezes or flattens itself against the tree trunk, instead of fleeing. Its main predators are the birds of prey like owls and the leopard. The Giant Squirrel is usually active during daytime in the early hours of the morning and in the evening, resting in the midday.

Being typically solitary animals, the Indian Malabar squirrels only come together for breeding. These squirrels play an important role in molding the ecosystem of its habitat by engaging in seed dispersal. Their diet consists of fruit, flowers, nuts and tree bark. Some subspecies are omnivorous and also eat insects and bird eggs.

Beautiful photos of the Indian giant squirrels have been shared across the internet and on Instagram by photographer Kaushik Vijayan that drew a lot of attention to this attractive species of rodents. 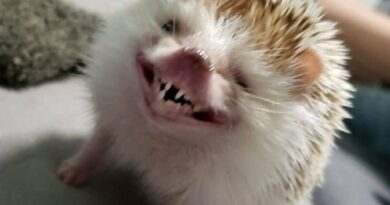 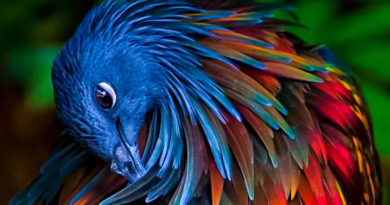